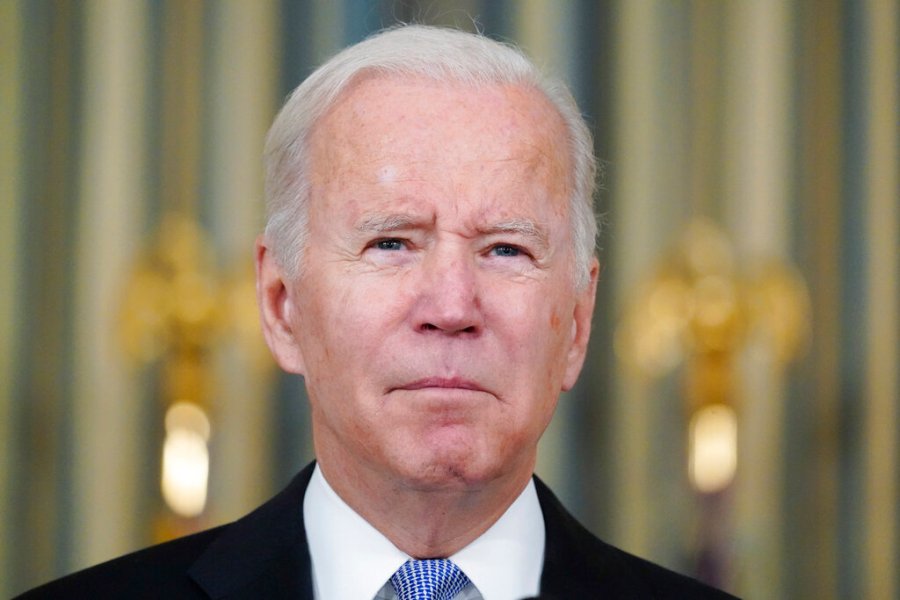 (The Hill) – President Biden’s approval rating continued to sink in a new poll released on Sunday, following weeks of drama on Capitol Hill regarding his legislative agenda and the party’s losses in Virginia on Tuesday.

The poll was conducted by USA Today and Suffolk University between Wednesday and Friday of last week, just before Democrats passed an infrastructure bill and advanced a social spending package.

It found that Biden’s approval rating has fallen to 38 percent after it had been hovering in the low 40s in recent polls.

Biden’s approval rating has been on the decline for a number of weeks now, since the delta variant reversed progress on the COVID-19 pandemic and his withdrawal from Afghanistan drew bipartisan rebuke.

A Harvard CAPS-Harris Poll survey conducted at the end of October found that the president’s approval rating had slipped to 43 percent, which was down 5 points from the survey conducted in September.

The latest USA Today-Suffolk University poll found that 46 percent of those surveyed believe Biden is doing a worse job as president than expected, including 16 percent who supported him at the ballot box last year. Forty-four percent of independents said he is performing worse, not better, than they had expected.

That disapproval is already shaping up to have an impact on Biden’s chances at reelection in 2024. According to the poll, 64 percent of respondents said they do not want the president to launch a bid for reelection, including 28 percent of Democrats.

For comparison, 58 percent said they do not want to see former President Trump at the top of the GOP ticket either, including 24 percent of Republicans.


Trump backed down from threat to leave Republican Party: book

The poll came on the heels of an unsuccessful night for Democrats in Virginia, where Republicans swept the governor, lieutenant governor and attorney general races. GOP candidate Glenn Youngkin bested former Virginia Gov. Terry McAuliffe (D) by roughly 68,000 votes in the marquee gubernatorial race seen as a potential harbinger of midterm races.

The White House, however, secured a significant win on Friday after the House approved the Senate-passed bipartisan infrastructure bill.

The party is now focusing its attention on passing the $1.75 trillion social spending package, dubbed the Build Back Better Act, which is the second part of Biden’s legislative agenda. The package includes funding for expanding health care and education programs as well as about half a billion dollars for addressing climate change.

The House approved a rule on Friday that advanced the package, but it will not face a final vote until the Congressional Budget Office releases its score on the legislation, which moderates in the party say must line up with the White House’s estimates as a precondition of their support.

Biden responded to his slumping poll numbers last week, telling reporters during a press conference, “That’s not why I ran.” He noted that polls are volatile, adding, “I didn’t run to determine how well I’m going to do in the polls.”

The USA Today-Suffolk University poll surveyed 1,000 registered voters by landline and cellphone. The margin of error is 3.1 percentage points.