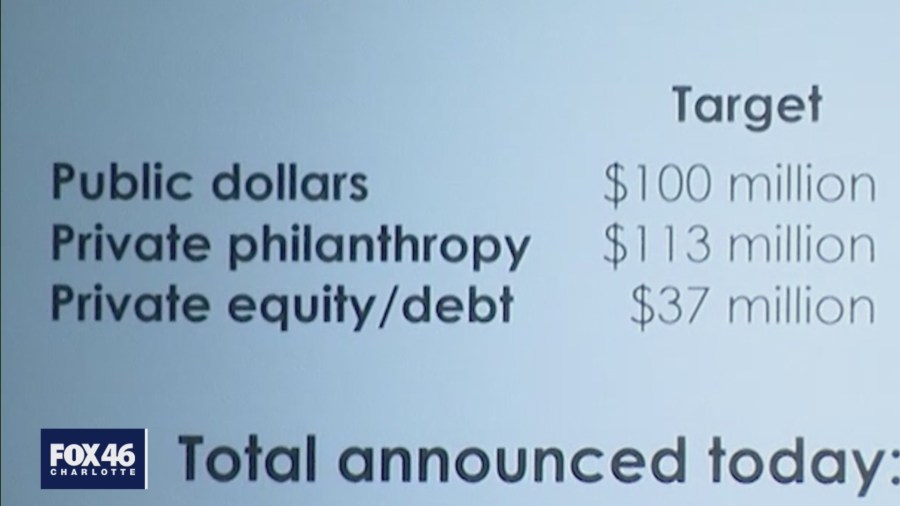 CHARLOTTE (FOX 46 CHARLOTTE) — Mayor Vi Lyles pledged millions of taxpayer dollars for her Racial Equity Initiative, but Charlotte City Council members are saying they didn’t even know the initiative was happening until her announcement on Monday.

The two council members, who in general are on opposite sides of the aisle, came together in calling out Lyles. Councilman Braxton Winston and Councilman Tariq Bokhari said they found out about the $100 million dollar public pledge when the mayor announced it on stage at Johnson C. Smith University .

Winston thinks there’s a lot of great ideas in the Mayor’s Racial Equity Initiative, but he also wants to make sure the plan lines up with her promises.

“First and foremost, my responsibility is to be a good steward of taxpayer dollars. And since we weren’t necessarily at the table, during those negotiations, and forming this public private partnership, I’m going to be definitely focusing on: how do we get the people’s voice at this table that has been set?” Winston said.

FOX 46 asked why wasn’t the Council aware of the millions of dollars being pledged by the Mayor?  Councilman Bokhari said they were told by the City Manager, Marcus Jones, and Lyles, that they needed to approve last minute funding requests.

“But it was at a super high level where we asked for details, and no one had come back and shown us anything, even though we had asked. So it was really surprising that they would come back and say, well, we need you to approve this right now, at a retreat,” Bokhari explained.

Bokhari questioned why these requests were so urgent, or why they couldn’t vote to approve an actual plan to see where the money is going.

“The city manager said, ‘No, that won’t work if we do it that way.’ And everyone was confused. I was the only ‘no vote’, everyone else decided to go along with it. And lo and behold, now it all makes sense. The Mayor wouldn’t have been able to stand on that stage and call it a public private partnership, had they not pulled that fast one on us last week, there would have been no commitment,” Bokhari said.

Now Councilmembers are demanding answers after not getting a seat at the table.

Mayor Lyles released a statement in response to the allegations made by councilmembers:

The city funds committed to the Mayor’s Racial Equity Initiative were all included in the FY21 budget or the FY22 budget or were separately approved by Council as part of CARES allocation, ARPA allocation or SAFE Charlotte.

But Winston and Bokhari maintain that it was never clear the funding approved would go towards the Mayor’s initiative. The deadline for the Mayor and Council to announce whether or not they are running for reelection is in a little over a month.