Skip to content
Uncategorized
November 7, 2021
nigemord@gmail.com
Leave a Comment on Child tax credit 2022: What we know so far
Spread the love 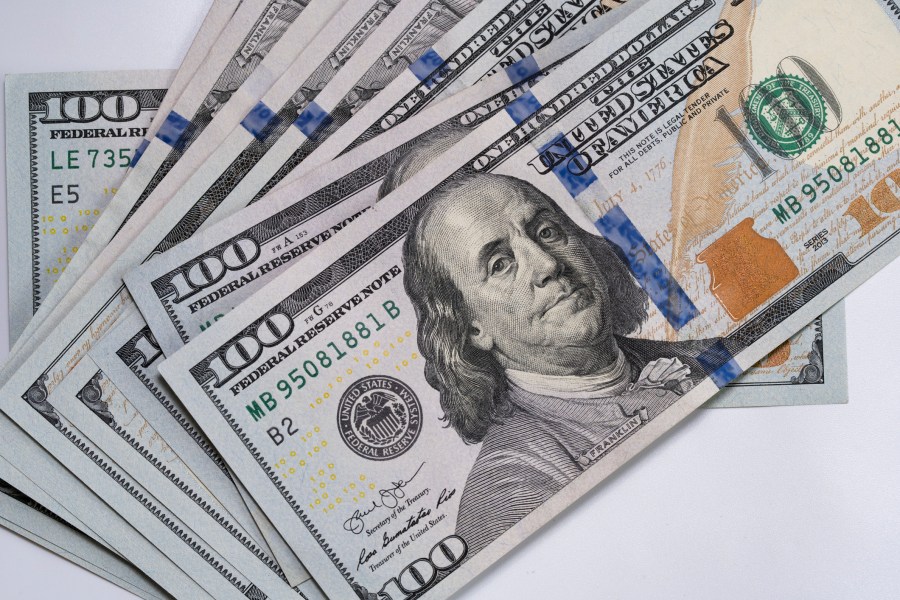 (NEXSTAR) – As inner-party conflict continues to shave off elements of President Joe Biden’s sweeping domestic policy package, there may be good news for parents.

While it’s unclear what the ultimate bill will include, Democrats arrived at a framework Thursday for the deal that included a one-year extension of the expanded child tax credit.


Child tax credit: how to check on a missing payment

Part of the American Rescue Plan passed in March, the existing tax credit increased from $2,000 per child to $3,600 per child under the age of 6, with $3,000 for children between 6 and 16 years of age. Eligible families can receive a monthly payment of up to $300 per child.

The program is projected to cut child poverty by more than half, according to the U.S. Department of the Treasury.

‘Let’s get this done’

Eager to have a deal in hand before his departure late in the day for global summits, Biden made his case privately on Capitol Hill to House Democrats and publicly in a speech at the White House . He’s now pressing for a still-robust package — $1.75 trillion of social services and climate change programs — that the White House believes can pass the 50-50 Senate.

The fast-moving developments put Democrats closer to a hard-fought deal, but battles remain as they press to finish the final draft in the days and weeks ahead.


Child tax credit updates: What time? What if amount is wrong?

“Let’s get this done,” Biden exhorted.

“It will fundamentally change the lives of millions of people for the better,” he said about the package, which he badly wanted before the summits to show the world American democracy still works.

Facing resistance from two members of his own party, however, Biden and the Democrats have had to dismantle some major elements of the spending plan.

Fallout was brutal Friday after Biden’s announcement of a $1.75 trillion framework, chiseled back from an initial $3.5 trillion plan, still failed to produce ironclad support from two key holdout senators — West Virginia’s Joe Manchin and Arizonan Kyrsten Sinema. On Capitol Hill, Congress adjourned the night before with fingers pointed, tempers hot and so much at stake for the president and his party.

While much has been cut from Biden’s sweeping vision, still in the mix along with the expanded child tax credit is a long list of priorities: new child care subsidies, free prekindergarten for all youngsters, expanded health care programs — including the launch of a new $35 billion hearing aid benefit for people with Medicare — and $555 billion to tackle climate change.


Child Tax Credit: How to get more money if you’ve lost income

An additional $100 billion to bolster the immigration system could boost the overall package to $1.85 trillion if it clears Senate rules.

Republicans remain overwhelmingly opposed, forcing Biden to rely on the Democrats’ narrow majority in Congress with no votes to spare in the Senate and few in the House.

Biden’s proposal would be paid for by imposing a new 5% surtax on income over $10 million a year and an additional 3% on those over $25 million, and by instituting a new 15% corporate minimum tax, keeping with his plans to have no new taxes on those earning less than $400,000 a year. A special billionaires’ tax was not included.

Revenue to help pay for the package would also come from rolling back some of the Trump administration’s 2017 tax cuts and stepping up pursuit of tax dodgers by the IRS. Biden has vowed to cover the entire cost of the plan, ensuring it does not pile onto the nation’s debt load.

Just in case they can’t wrap it up soon, Democrats gave themselves a new deadline — approving an extension until Dec. 3 of routine transportation funds that will be at risk of expiring without the infrastructure bill.

“The current situation is about as bad as it can get,” said Jim Manley, a former top Senate aide.

The progressives’ endorsement was progress for Biden, he said. But with trust low, he also said, “I am afraid that it is going to take a while.”