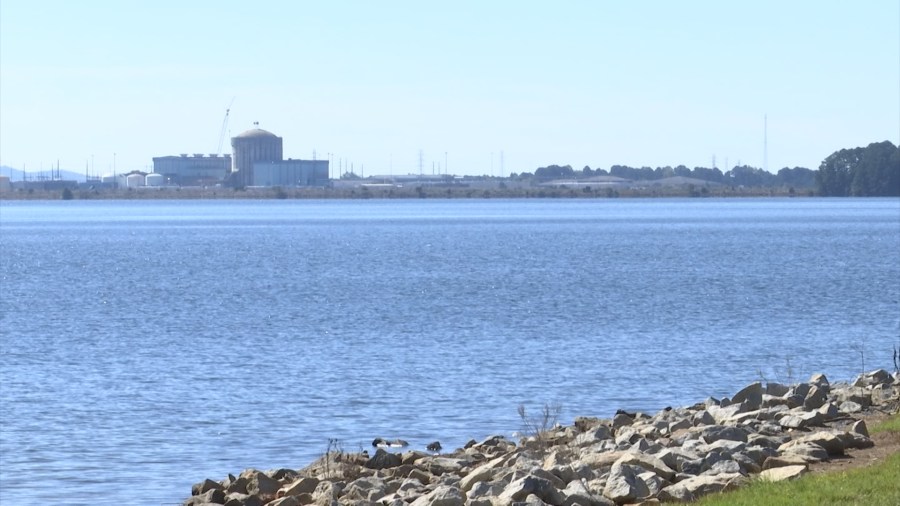 FAIRFIELD COUNTY, SC (WSPA) — Seven small earthquakes have been reported near the Monticello Reservoir in Fairfield County since last week.

This is near Jenkinsville, South Carolina.

The South Carolina Seismic Network said this type of seismic activity in this area isn’t unusual. Director Tom Owens said, “At this point, this is considered to be a swarm. They’re not fore-shocks of anything just a little cluster of earthquakes that could end tomorrow or continue for a couple of months even.”

According to the United States Geological Survey (USGS), the strongest of the seven earthquakes was a 2.3 magnitude reported on Halloween morning.

Owens said people outside of the immediate area probably didn’t notice these earthquakes. He said, “They’re right at the threshold. If you were close to them you’d feel them a little bit.”

No damage has been reported in connection to the earthquakes in Fairfield County.

Dominion Energy says the VC Summer Nuclear Station has not seen any impacts from these earthquakes either. Unit 1 is offline at the moment for a scheduled refueling outage. The Monticello Reservoir serves as the cooling pond to the nuclear station.

Dr. Steven C. Jaume’ with the College of Charleston’s Department of Geology and Environmental Geosciences Department said, “Earthquake swarms are not an uncommon occurrence in the vicinity of the Monticello Reservoir – a much larger swarm of microearthquakes occurred as the reservoir was first filled starting in December 1977.”

According to a release sent out by emergency management officials he went on to say “Thousands of earthquakes, none larger than magnitude 2.9, occurred in the years that followed. Earthquake activity declined in the late 1980’s through the mid-1990’s, but then picked up again in late 1996. Between December 1996 and mid-1999 several more earthquake swarms occurred, with nearly 1,000 earthquakes occurring at that time, with the largest being a magnitude 2.5.”

After this ‘swarm’ near the Monticello Reservoir, the South Carolina Emergency Management Division encourages all residents to stay informed about earthquake activity in the state, and to have a family emergency plan in the event of a major earthquake.

“We know our state was at the center of major earthquakes in the past. We all need to be prepared for the possibility of a large-scale earthquake, however unlikely the possibility may be,” SCEMD Director Kim Stenson said.

State emergency management officials say the epicenter of the largest earthquake ever recorded along the eastern United States seaboard was just outside of Charleston on August 31, 1886. The 7.3 magnitude quake devastated the region and was felt from Chicago to Cuba. According to a study commissioned by SCEMD, an earthquake of similar magnitude occurring today would result in tremendous loss of life, severe property damage and extreme economic loss. Results of the study are detailed in the South Carolina Earthquake Guide.