Skip to content
Uncategorized
November 3, 2021
nigemord@gmail.com
Leave a Comment on Family reconciles with friend who killed their son, reaches deal to keep him out of prison
Spread the love 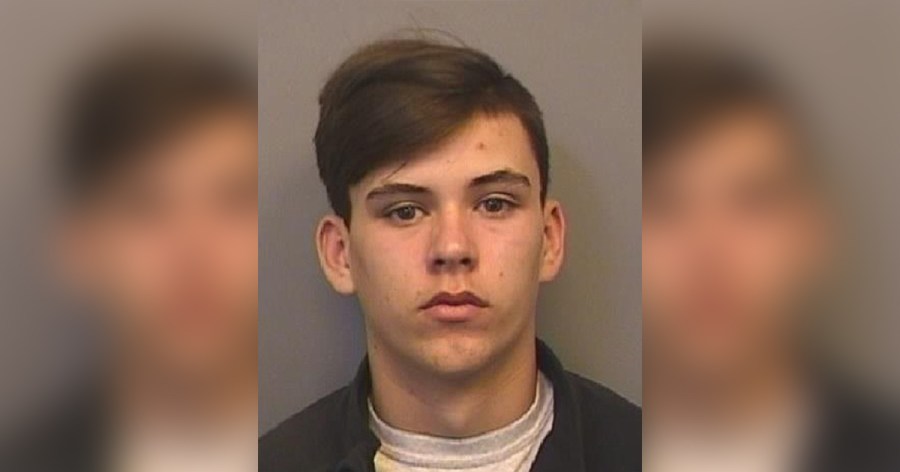 TAMPA, Fla. (WFLA) — Prosecutors and the parents of a Charlotte teen have come up with a resolution that will keep the teen who shot and killed their son out of prison.

Bradley Hulett was shot to death at a Tampa police officer’s home on Dec. 13, 2019. Christopher Ramsey Bevan was charged with manslaughter in the teen’s death. Both boys were 15 at the time of the shooting.

According to an affidavit, the teens left school and went to their friend’s home in the Lithia area. Hulett had been playing computer games while Bevan and two other friends wandered into a bathroom attached to the main bedroom and found the gun. The affidavit noted there was no safe in the main bedroom area.

According to the report, one of the boys said “let’s go scare Bradley.” Then they brought the gun into the room where Hulett was playing computer games.

The report said Bevan had the gun and was “waiving it around.”

“What if it’s loaded?” he asked before the firearm went off.

Hulett was rushed to Brandon Regional Hospital, where he died of his injuries.

The shooting happened in the home of Edwin Perez, a Tampa police officer and one of the boys’ fathers. Perez was cleared of any criminal wrongdoing, but Police Chief Brian Dugan decided to suspend Perez for one week because he failed to properly secure his firearm in his home.

Bevan was arrested and charged with manslaughter with a firearm. Hillsborough State Attorney Andrew Warren said Bevan had mistakenly believed the gun was unloaded and did not mean to shoot his friend.

“Bradley’s parents told us they were less concerned about sending him to prison and more concerned about repairing the bond they once had with their son’s friend,” Warren said at a press conference Tuesday.

Hulett’s mother said her son would not have wanted one of his best friends to spend time in prison.

“We never wanted to see Ramsey spend a lengthy amount of time in jail,” Bradley’s mother, Meagan Hulett, said. “All we ever wanted, from the beginning, was for all involved to take responsibility for their part in the death of our son. A few apologies would have went a long way.”

Warren said his office arranged a meeting between Bevan and Hulett’s family so they could learn more about the circumstances surrounding their son’s death and to also ask Bevan to help them raise awareness about gun safety.

“It was emotional and it was truthful, and at the end, Bevan and the Huletts stood up, hugged one another, and agreed to work together to help others raise awareness about gun safety,” Warren recalled.

Warren said Bevan agreed to complete a pre-trial intervention program under the Department of Corrections. He’ll have to undergo mental health treatment and drug and alcohol evaluation, and complete 150 hours of community service. He must also stay out of trouble and be working or in school full-time.

Warren said his office also learned during the investigation that the firearm involved, a Sig Sauer P320, has a known design flaw. The weapon can be fired without the trigger being pulled.

Warren said that was a factor in the decision by his office to allow Bevan to go through the pre-trial program.

Warren said Bevan will be under supervision for three years but can leave the program early if he meets all the requirements, and the charges will then be dismissed.

He has also agreed to volunteer at the foundation the Hulett family created in his honor to educate children about gun safety.

“We would like to say that we wish we could have come to this conclusion a long time ago if everybody would have stepped up and cooperated with the police by giving truthful testimony from the beginning, we would be a lot further along in our journey,” said Meagan Hulett. “But we can’t go back to change the past, so today starts our new beginning. We hope that everyone remembers Bradley for the happy, smiling and beautiful brother and friend and son that he was. If you have a gun, store it safely. If you see a gun, do not touch it and leave immediately. And if you have the opportunity to choose, choose kindness. Long love Bradley.”

The Hulett’s did work with former Tampa Police Chief Brian Dugan to change department policy in the wake of their tragedy. Under the new policy, Perez would face termination, instead of suspension if the same thing happened today.

The Hulett’s have also been working with Hillsborough County Sheriff Chad Chronister to enhance the penalty in Charlotte for anyone who does not properly store a firearm that is later involved in a shooting that results in injury or death.