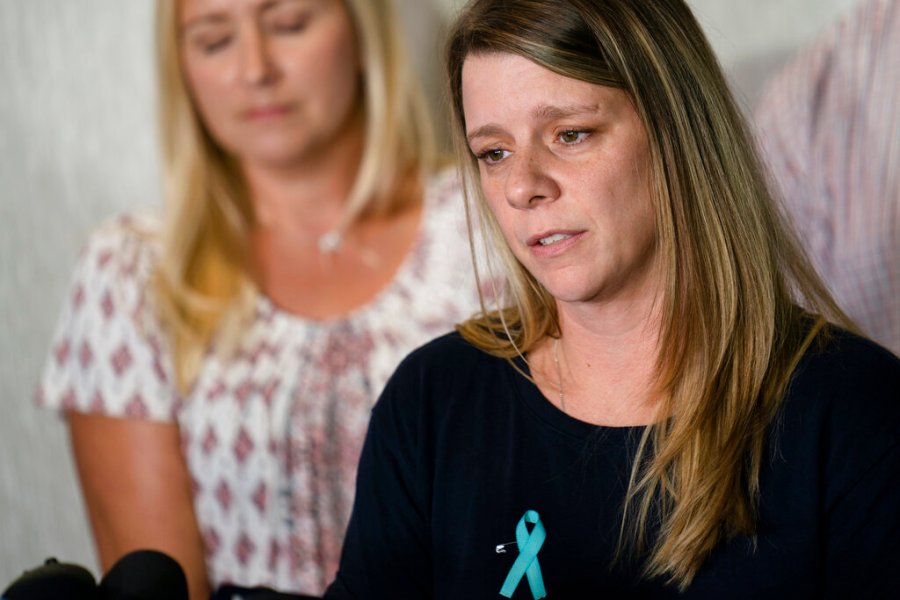 TAMPA, Fla. (WFLA) — Less than a week after the funeral for her daughter, Gabby Petito’s mother has sent out her first tweet saying, “Turn yourself in!”

The sole person of interest in Gabby Petito’s death, her fiance, Brian Laundrie, remains missing and the focus of a search that has spanned nearly a month.

“Mama bear is getting angry!” Schmidt tweeted Saturday. “Turn yourself in!” she added with an expletive emoji as well as the hashtags #justiceforgabby and #americasdaughter.


‘Not Brian Laundrie’: Lookalike goes viral on TikTok as he tries to clear his name

He has used the social media platform since his daughter’s disappearance to plead for help and share the love he has for her.

Schmidt confirmed to WFLA the account is hers and added that the frustration in the tweet is not aimed at law enforcement.

The FBI continues to investigate Gabby Petito’s death as a homicide. Her body was found on Sept. 19 near an undeveloped camping area in remote northern Wyoming along the border of Grand Teton National Park. Authorities are still waiting for a full autopsy report to determine her cause of death.

Laundrie was reported missing on Sept. 17 by his parents, just six days after Gabby Petito’s family reported her missing.

The North Port Police Department and FBI continues to search for Laundrie in the Carlton Reserve in Sarasota County, Charlotte.

A federal arrest warrant was issued for Laundrie on Sept. 23 after a federal grand jury indicted Laundrie for his activities following Gabby Petito’s death.

Now, Gabby Petito’s family continues to hope for answers as they process the loss of their daughter.

The FBI has set up a national hotline to receive tips about Gabby Petito’s disappearance. Anyone with information is asked to call 1-800-CALLFBI (225-5324).