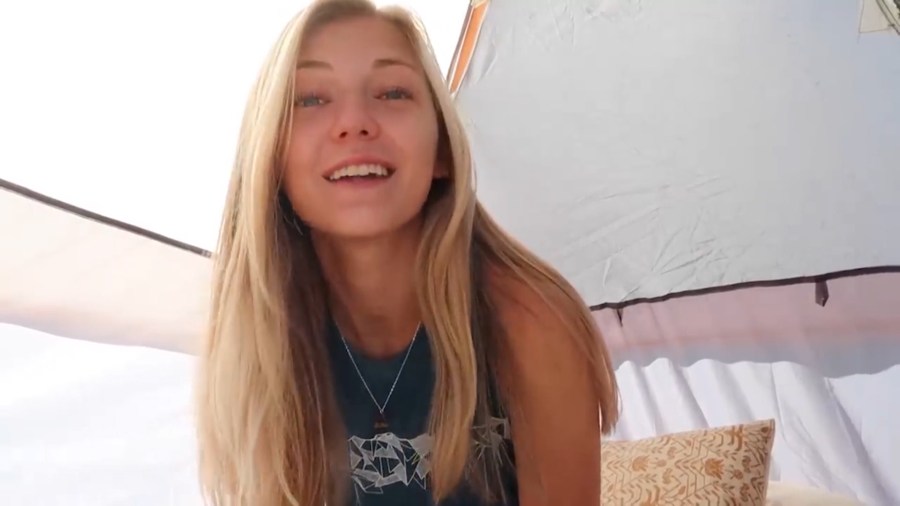 Teton County Coroner Dr. Brent Blue has confirmed Gabby Petito’s cause of death to be strangulation. It is believed she died three to four weeks before her body was found.

Blue said Wyoming state law does not allow any other information regarding the body’s trauma to be released.

He did not comment on the body’s condition at the time of discovery. While Blue did say the body was outside, he could not say if it was buried or exposed, explaining that the FBI would have to respond.

The coroner said DNA samples were taken by law enforcement.

TAMPA, Fla. (WFLA) — As the exhaustive search for Brian Laundrie continues, a Wyoming coroner is expected to give an update on his fiancée’s autopsy findings.

Teton County Coroner Dr. Brent Blue will discuss the ruling on Gabby Petito’s autopsy at 2:30 p.m. via Zoom. WFLA will be livestreaming in preparation for his announcement at 2:00 p.m.

Blue had ruled her death a homicide, but did not disclose a cause of death, pending final autopsy results.

Petito was reported missing by her family on Sept. 11 after she did not return from a monthslong cross-country trip with her fiancé, Brian Laundrie. Her remains were found Sept. 19 at a campground in Wyoming’s Grand Teton National Park.

For the past month, Laundrie, a person of interest in the case, has been on the run. A warrant for his arrest does not explicitly link Laundrie to Petito’s death, but alleges he committed debit card fraud between Aug. 30 and Sept. 1, around the time she was last seen alive.

Laundrie’s parents told the FBI they last saw him on Sept. 13 before he went for a hike in the Carlton Reserve. A search for Laundrie at the reserve is ongoing.

On Tuesday, Blue is expected to provide an update on Petito’s autopsy findings and briefly take questions from reporters.

“I think the coroner is going to release the official results, however, I will be very surprised if he releases the exact cause of death, the manner death, beyond a homicide,” Ex-FBI agent Jennifer Coffindaffer told Brian Entin of News Nation Now.

Coffindaffer explained that authorities will typically withhold autopsy findings so they can be used to corroborate confessions in murder cases.

“That is an ongoing investigation and those details are so crucial for the investigation,” Coffindaffer added. “Moreover, say that specific details are released —as an example, that she was strangled—and later, there are witnesses that say they thought they observed something perhaps, a strangulation. Did that come from this coroner’s report and specifics of that, or was it something they really saw? It is really important that those types of details are concealed in this type of case.”


‘Remember Me?’ Neighbors put sign of Gabby Petito in front of Laundrie home

“Anything to do with charging Brian Laundrie would be released by the FBI,” she said.

“This investigation is truly at its infancy. It’s being sped along very quickly due to the nature of the investigation, due to the media coverage, due to the fact that he is at large,” Coffindaffer added. “And the FBI is just starting their investigation. They’re just getting returns on their subpoenas, they are just working over the analysis of DNA evidence, the autopsy report has been completed now, and they’re going to get all those details, so all of that is really just the beginning of the case.”