Skip to content
Uncategorized
October 4, 2021
nigemord@gmail.com
Leave a Comment on The used cars with the largest and smallest price increases amid the microchip shortage
Spread the love 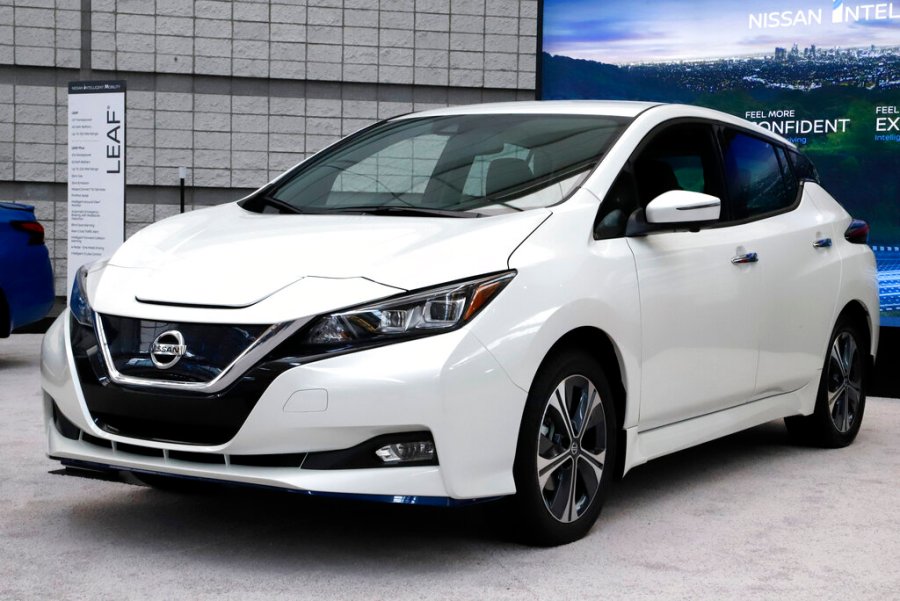 Used car prices came down slightly in August from July, but they are still significantly higher than they were a year ago as the microchip shortage continues to impact the new and used car marketplace.

According to iSeeCars.com’s latest analysis of over 1.9 million used car sales in August, used car prices increased 26.2 percent, or $6,454, compared to the same period the previous year. This comes after a 31.6 percent increase in July and a 32.7 percent year-over-year increase in June.

“Used car prices have been coming down slightly since they peaked in June, but they are still significantly higher than they were last year, with the average used vehicle priced over $6,000 above where it was last August,” said Brauer. “As the microchip shortage-related plant shutdowns continue, and with the aftermath of Hurricane Ida expected to further elevate prices, there appears to be no relief in sight for used car shoppers.”

Although the average used car has significantly increased in price, iSeeCars’s analysis also found some vehicles have lower-than-average increases, making them smarter buys for consumers in the market for a used car. “While these used models are more expensive than they were a year ago, they haven’t been as drastically impacted by price hikes,” said Brauer.

The top ten vehicles with the greatest price increases have price changes from 1.2 to 1.9 times the average vehicle’s price increase and are primarily a mix of affordable cars and luxury cars. “Small cars have become the only affordable used cars for a larger segment of the population amid the current used car price hikes, and their price increases reflect the high demand for these otherwise lower-demand vehicles,” said Brauer. “Conversely, buyers looking for less practical cars like the Mercedes-Benz G-Class or a sports car aren’t as price-conscious and are willing to pay a premium for these vehicles, especially if they are in short supply in the new car marketplace.”

The vehicle with the greatest price increase is the Mitsubishi Mirage subcompact car, which saw a price increase of 49.9 percent over August 2020. It’s joined by four other small, gasoline cars, the subcompact Chevrolet Spark, the subcompact MINI Hardtop 2 Door, the compact Kia Forte, and the Kia Soul subcompact SUV. “The Chevrolet Spark and the Mitsubishi Mirage are the two lowest-cost cars on the market, while the Kia Forte and Kia Soul are among the lowest-priced options in their respective vehicle classes,” said Brauer. “These vehicles, along with the MINI Hardtop that appeals to practical buyers who want something more refined, are attainable for new drivers and those looking for cheap transportation, even with the big bump in prices over the past year.”

The vehicle with the second-largest price increase is the Nissan LEAF, which has risen in price by 44.7 percent since August 2020. “While used car prices for all electric vehicles have increased in recent months, the dramatic increase for used Nissan LEAF prices could be attributed to the 2018 model, which featured a significant bump in EV range, performance improvements, and an exterior facelift, and which only just entered the market this year in substantial numbers,” said Brauer.

Ranked fourth is the Mercedes-Benz G-Class, which increased by 40.2 percent or $45,992. “The Mercedes-Benz G-Class is an opulent off-roader and a status symbol that has soared in popularity, with 2020 its best sales year to date,” said Brauer. “Its demand has outpaced supply in recent months, leading buyers to the used car marketplace where they are willing to pay a premium, especially for the range topping G550 4X4² that was only available on 2017 and 2018 models.”

The Chevrolet Camaro classic sports car rounds out the list in the ninth position. “Sports cars surged in popularity during the pandemic as drivers sought fun cars to combat boredom, and because they aren’t practical purchases, the consumers seeking these vehicles are likely more willing to pay a premium for them in the used car marketplace,” said Brauer. “New versions of the Camaro were in short supply at dealerships as a result of microchip-related shutdowns, which further increased demand for used versions.”

The top ten vehicles with the smallest price differences have increased 1.8 to 3.2 times less than the average vehicle and are mainly luxury SUVs.

“The Mercedes-Benz GLC, the Porsche Macan, and the Audi Q-Series vehicles are among the highest-rated vehicles in their classes, but they are also among the most expensive, which could explain why their price increases are lower than competitive models,” said Brauer. “The Volvo XC90 and the INFINITI QX80 are also quality vehicles with advanced technology, but their aging designs prevent them from standing out in their respective segments.”

The Lexus IS 300 small luxury sedan also makes the list. “The Lexus IS 300 was refreshed for 2021 to include exterior styling and technology updates, which could help explain why used versions aren’t as desirable,” said Brauer.

“The current state of the used car market presents a selling or trade-in opportunity for consumers who may have one of the vehicles with the greatest price hikes,” said Brauer. “While consumers were previously advised to wait to purchase a used car if they were able to do so, the microchip shortage is expected to persist for at least a year longer than originally anticipated. The only way to avoid severe price hikes for the foreseeable future is to purchase a used vehicle that isn’t in very high demand.”

iSeeCars looked at the top 50 most populous metro areas to see which metro areas had the smallest and largest increase in used car prices in August 2021 compared to August 2020.

iSeeCars.com analyzed over 1.9 million 1-5 year old used car sales in August 2020 and 2021. The average listing prices of each car model were compared between the two time periods, and the differences were expressed as both a percentage difference from the 2020 price as well as a dollar difference. Heavy-duty vehicles, low-volume vehicles, vehicles discontinued as of the 2021 model year, and vehicles with fewer than 4 of the 5 model years for each period were excluded from further analysis.

iSeeCars.com is a car search engine that helps shoppers find the best car deals by providing key insights and valuable resources, like the iSeeCars free VIN check reports and Best Cars rankings. iSeeCars.com has saved users over $309 million so far by applying big data analytics powered by over 25 billion (and growing) data points and using proprietary algorithms to objectively analyze, score and rank millions of new cars and used cars.

This article, The Used Cars with the Largest and Smallest Price Increases Amid the Microchip Shortage, originally appeared on iSeeCars.com.