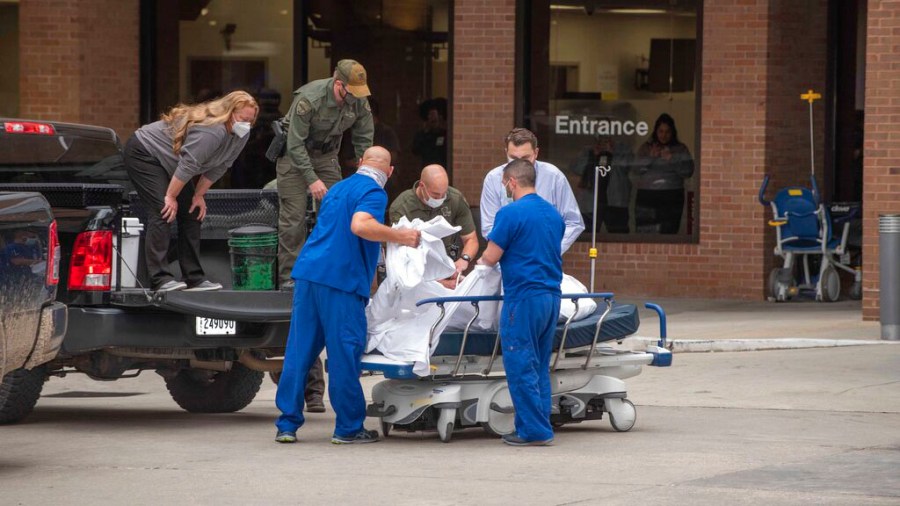 BATON ROUGE, La. (WVLA) – An hurt deer that ran into a Louisiana medical center on Monday has been euthanized, wildlife officers have confirmed.

The deer entered through the main entryway of Our Woman of the Lake health-related centre in Baton Rouge just just after 2 p.m. The animal then climbed an escalator to the 2nd floor wherever it ran into a wall.

Prior to getting into the clinic, the deer was reportedly observed with blood coming out of its mouth on a nearby roadway in the city’s overall health district, evidently immediately after being strike by a car.

Our Lady of the Lake released shut-circuit footage of the incident to Facebook on Monday evening.

Point out Wildlife Veterinarian Dr. Jim LaCour explained the hospital’s personnel kept the deer relaxed right up until users from the Louisiana Division of Wildlife and Fisheries arrived.


Sheriff: Quite a few goats and chickens shot at Chesterfield County significant university

“The Louisiana Wildlife and Fisheries Office responded immediately encouraging to eliminate the animal,” mentioned officers with Our Girl of the Lake. “Affected person care has not been interrupted and the place is remaining totally sanitized. Even though most unusual in any chaotic regional health-related heart, we believe the deer may well have wandered in from close by Ward’s Creek.”

The deer was sedated and was brought again to the Louisiana Department of Wildlife and Fisheries headquarters to be examined. Effects unveiled big injuries to the animal “and was as a result euthanized,” the department wrote on Facebook.

The deer was decided to be a doe of about 4 and a half. The Louisiana Division of Wildlife and Fisheries also collected organic samples for even further screening.